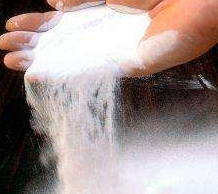 When heated (340 ≤ 490 degrees), magnesium hydroxide decomposes and absorbs the surface heat of combustion material to flame retardant, at the same time releases a large amount of water to dilute the oxygen on the surface of fuel, and the active magnesium oxide formed by decomposition is attached to the surface of combustible matter, which further prevents the combustion from going on. Magnesium hydroxide is not only not produced by any harmful substances in the whole flame retardant process, but also can absorb a large number of harmful gases and fumes produced by the combustion of rubber, plastics and other polymers at the same time of flame retardant. Active magnesium oxide continuously absorbs the melting residues of incomplete combustion, eliminates the smoke and prevents the droplets from causing the combustion to stop quickly. A new environment-friendly inorganic flame retardant.